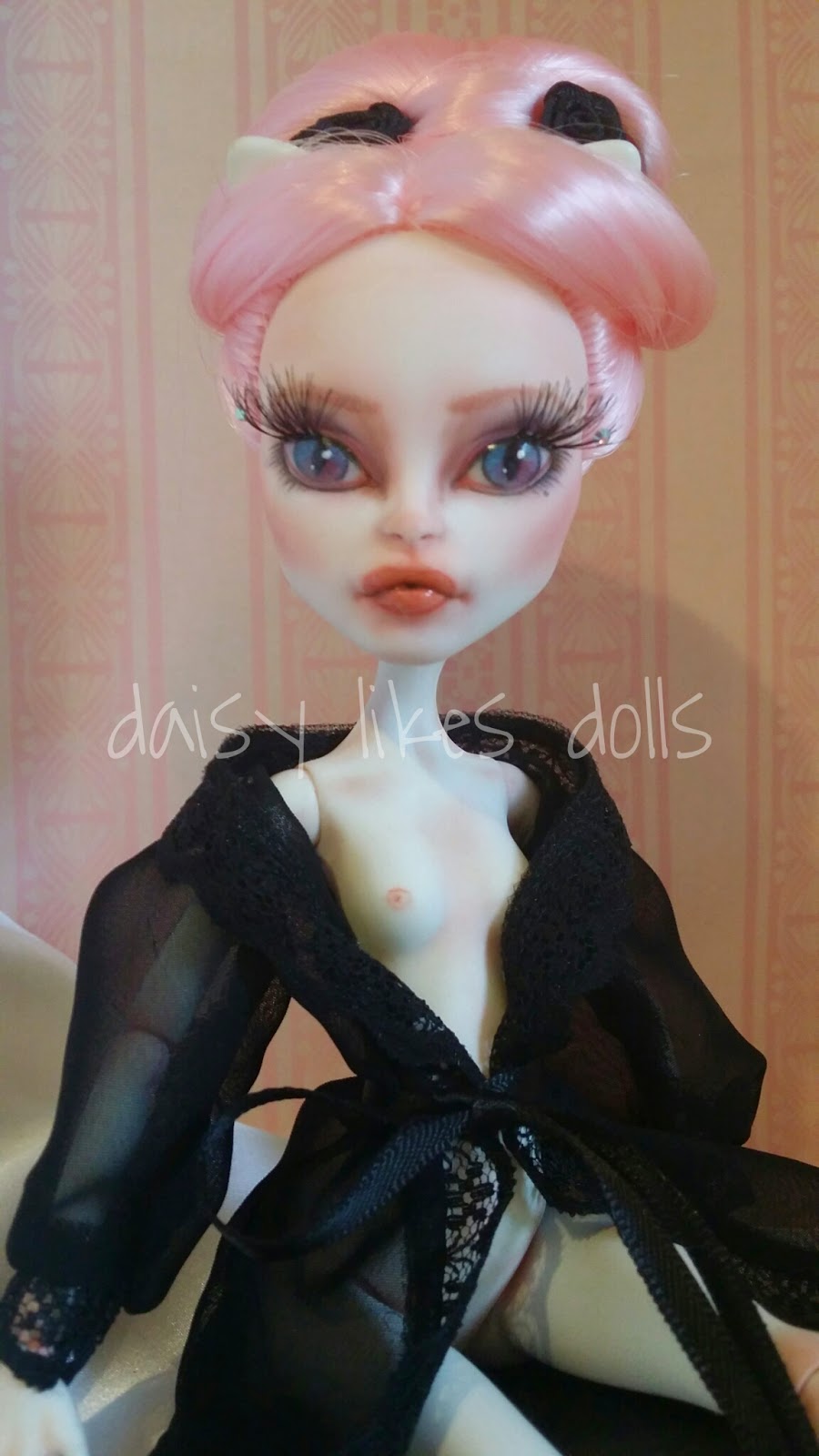 Phew! So it's March already!? It has proven to be a very busy year so far and I feel like this blog has been unduly neglected. Perhaps launching a blog, Etsy store and YouTube channel at the same time was a little ambitious. Anyway, I can at least share with you my latest doll.
Introducing - Lady Catherine Lenore. 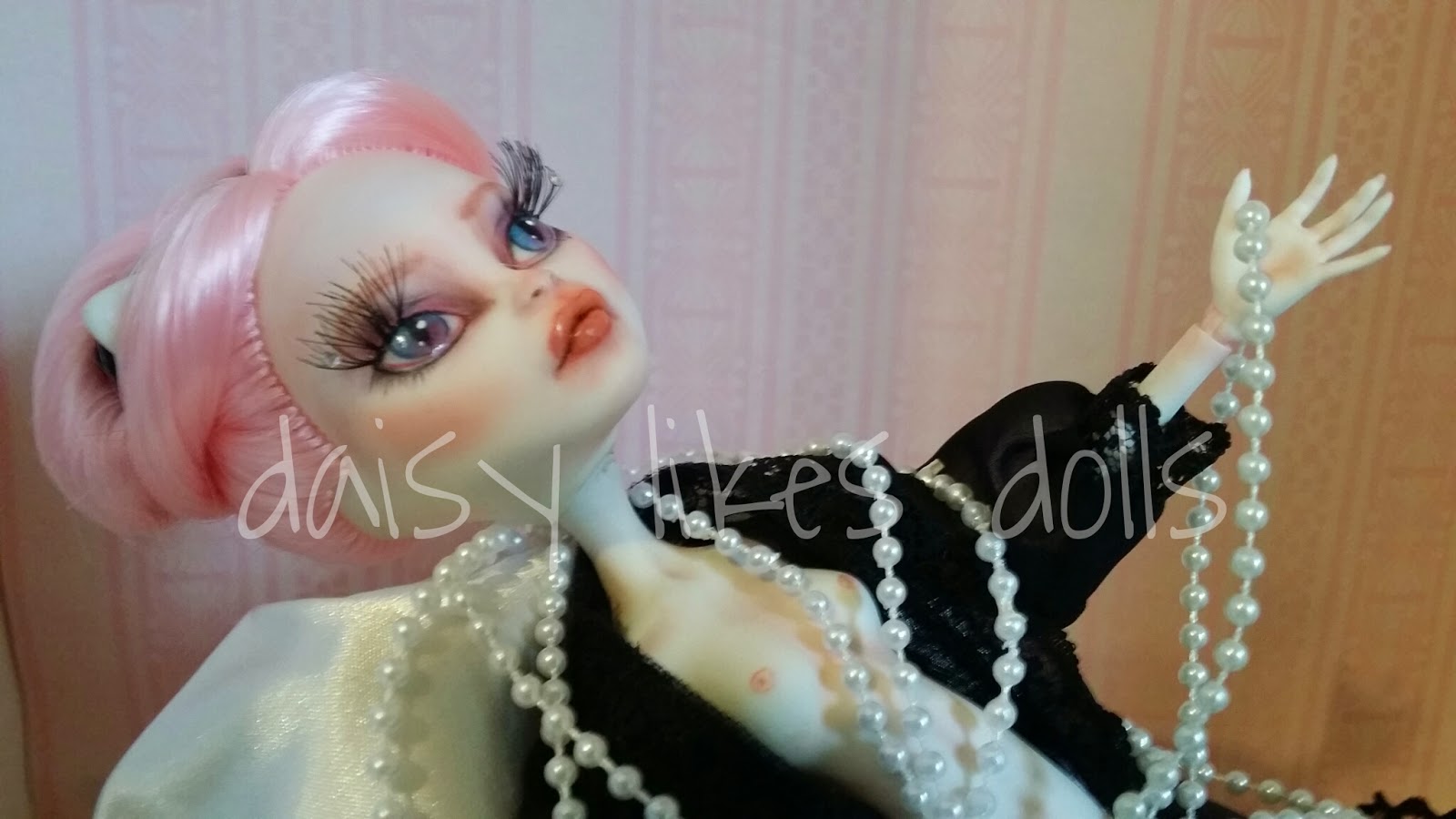 Lady Catherine is a wealthy, late 18th Century heiress. She inherited her fortune at a young age which has allowed her to life the most opulent of lifestyles. It has also meant that, unlike the majority of her peers, she has not seen the need to marry. Her ravishing beauty has drawn suitors from as far as the New World, however, none has managed to win her affections. 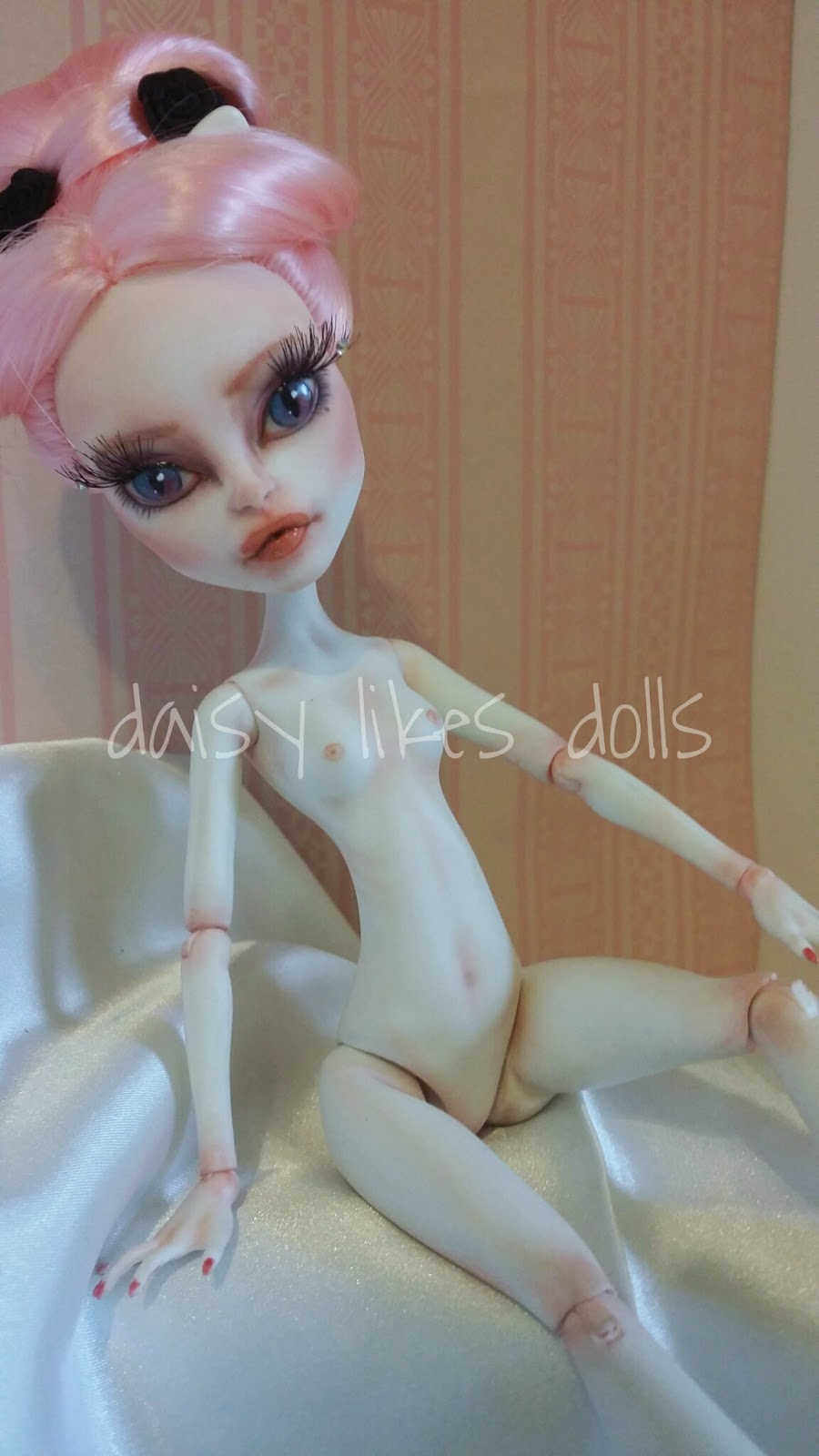 Residing at her family estate in the south of England, the Lenore manor has become a beacon for all manner of artists and writers, musicians and dancers - many of whom adore her as their muse. 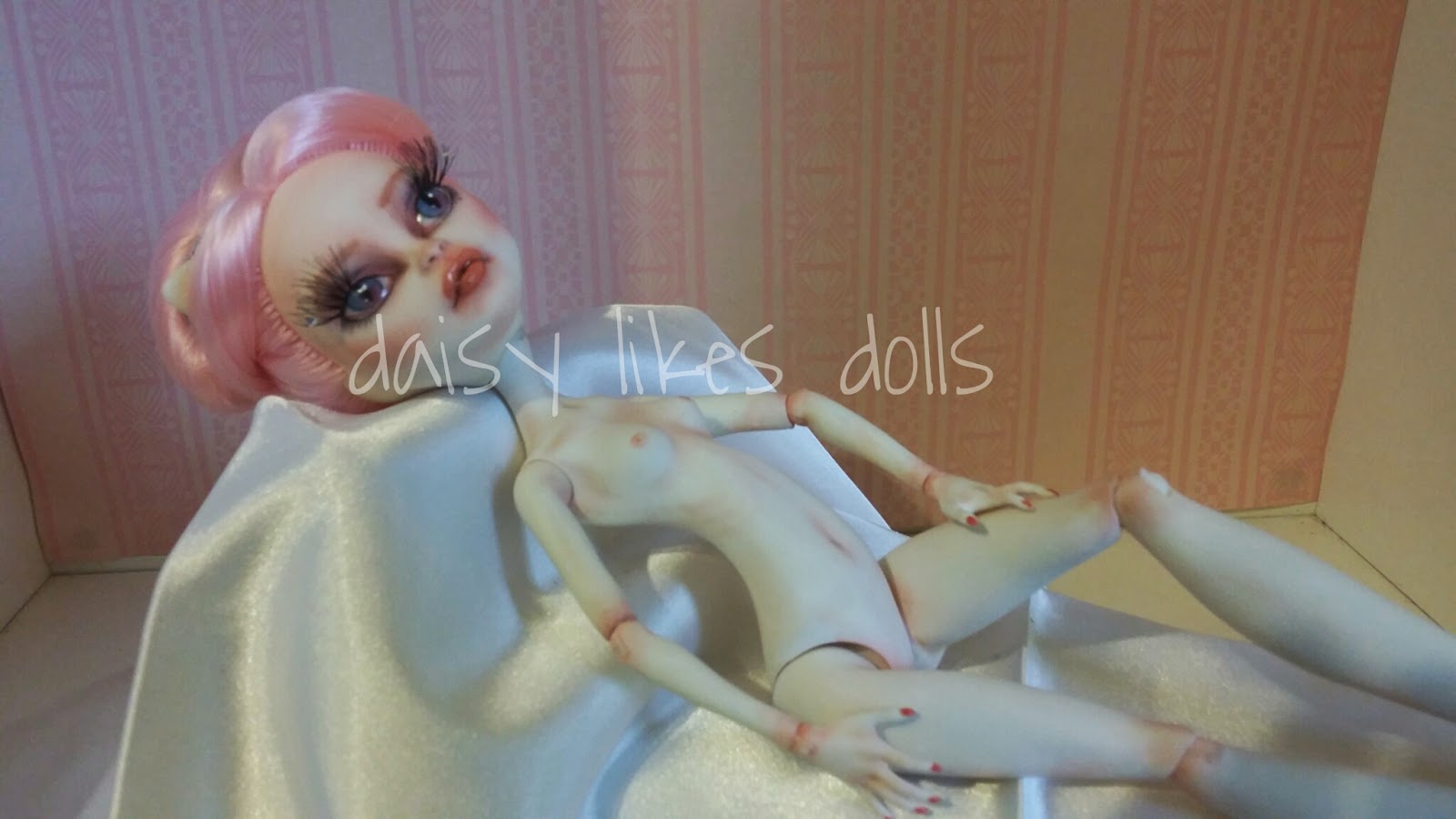 She has recently returned from her Grand Tour which was extravagant, even for the time. During her travels she collected exotic souvenirs - Egyptian statues and mummified remains, Greek frescoes pried right from the walls of the old cities, jewels, silks, spices and incense - which were shipped back to England. 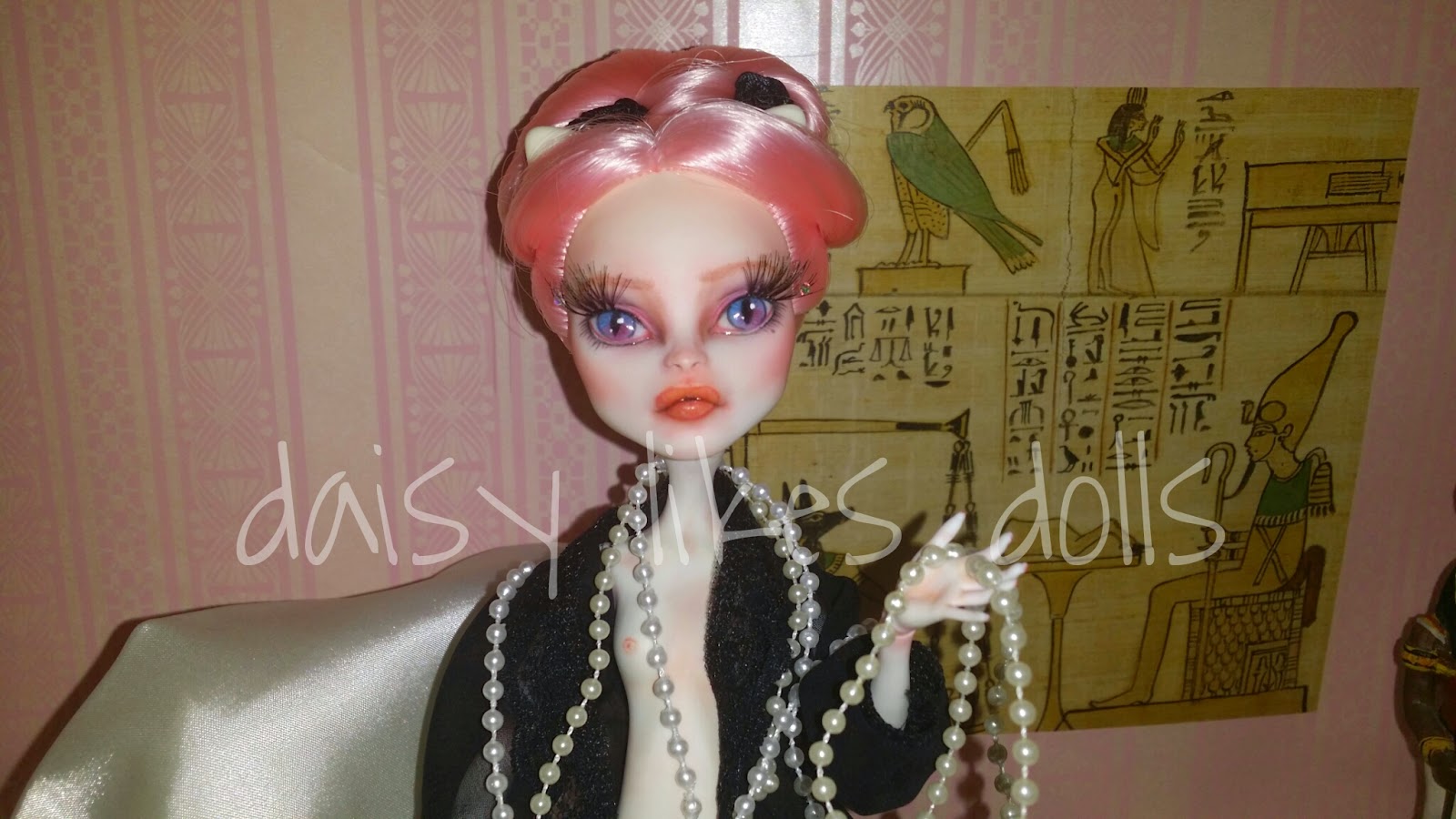 She has now returned to her family home where she lives, surrounded by her treasures and friends. 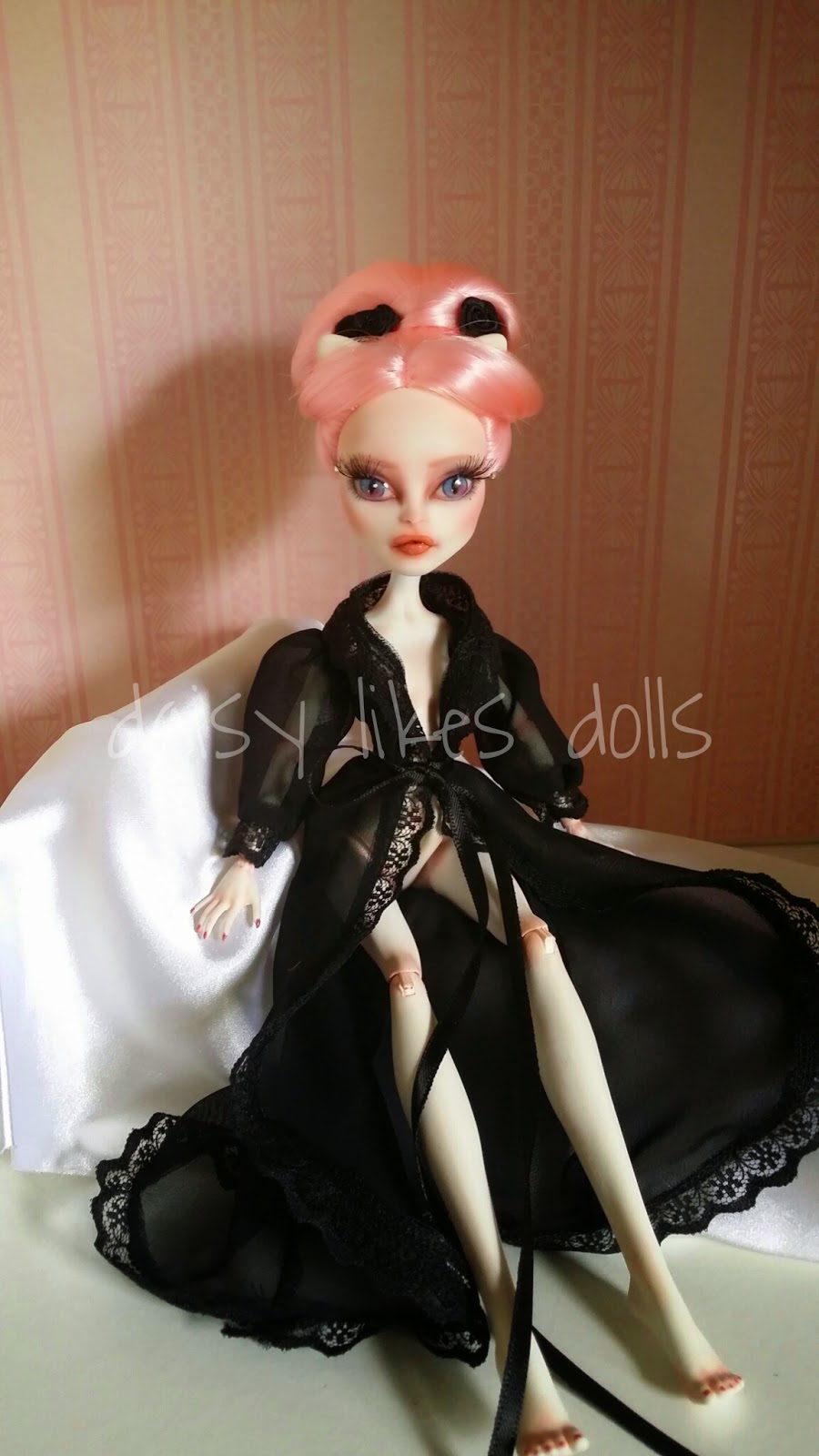 I had such a great time creating this Lady, I was even a bit sad to pack her up and send her to her new home.
Lady Cat started life as Monster High's Catrine De Mew (Scaris).


For commission inquiries please click here to visit my Etsy page
Posted by Unknown at 14:23