Let me start by saying that I am a big fan of the Monster High boys. Their bodies have a beautiful sculpt - they are quite effeminate, really. The torso is lithe and eschews the bulky, muscular features commonly associated with male dolls (and 'action figures', which are really just dolls with a tough name). However, I can't say that I am as thrilled with the their 'hair' styles. Deuce and Gil have plastic 'helmet hair' with snakes and fins respectively serving the role of Mohawk.
I really struggled to find a way to remove Deuce's snakes and scales in one piece without completely destroying them but eventually came up with this technique. I hope it helps.

What you will need:
Boiling water in a small jug (you will probably need to boil the kettle a few times)
Pliers
Small flat-head screwdriver
Cotton wool

Using the pliers, grasp the snakes at the base close to the scalp and carefully twist until they become loose and can easily be pulled out.

You will need to work from the front and back, slowly twisting until they become free. If you try to just yank them out in one go they will stretch and break.

I would highly recommend placing a small bit of cotton wool on either side of the snakes to protect them. Here I have just used the pliers which have left marks on the snakes. I can fix this up later, but cotton would eliminate the problem.

The front of the snakes actually embed into the scalp, the back is held in place by the cap.
Step 2
Immerse the doll's head in boiling water for about 30 seconds.

Carefully take him out of the water and lie him down on a towel. He will be very hot so watch you don't burn yourself. There will probably still be some water in his head so make sure to handle him with the towel.
Take your screwdriver, place the end flat against his neck and work it up between his scalp and hair.

Work your way around his head, slowly and carefully separating the hair from the head.

Again, this will not happen in one go. If you get impatient and rush either the hair or the doll itself will surely get damaged, so take it slow. 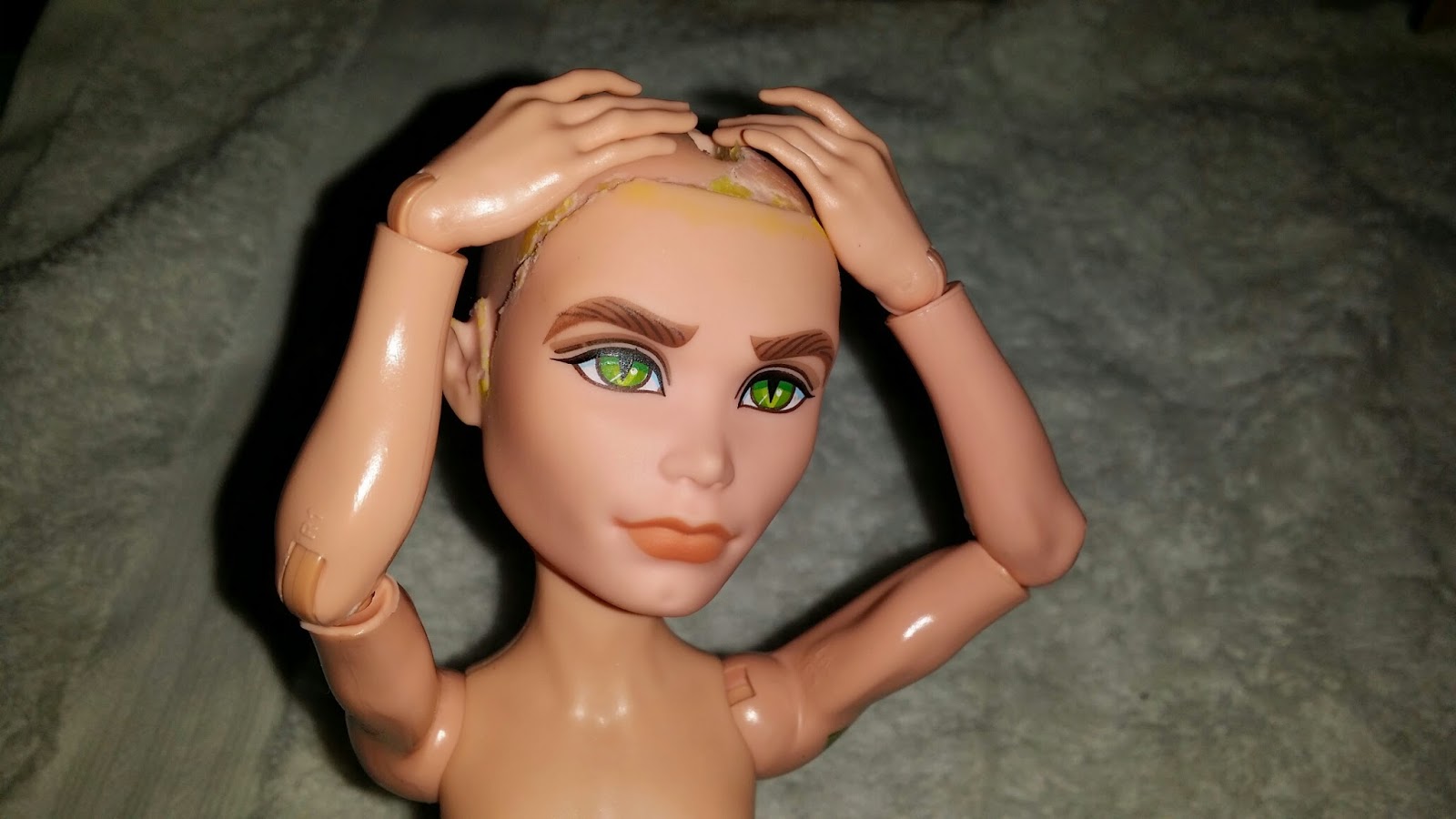 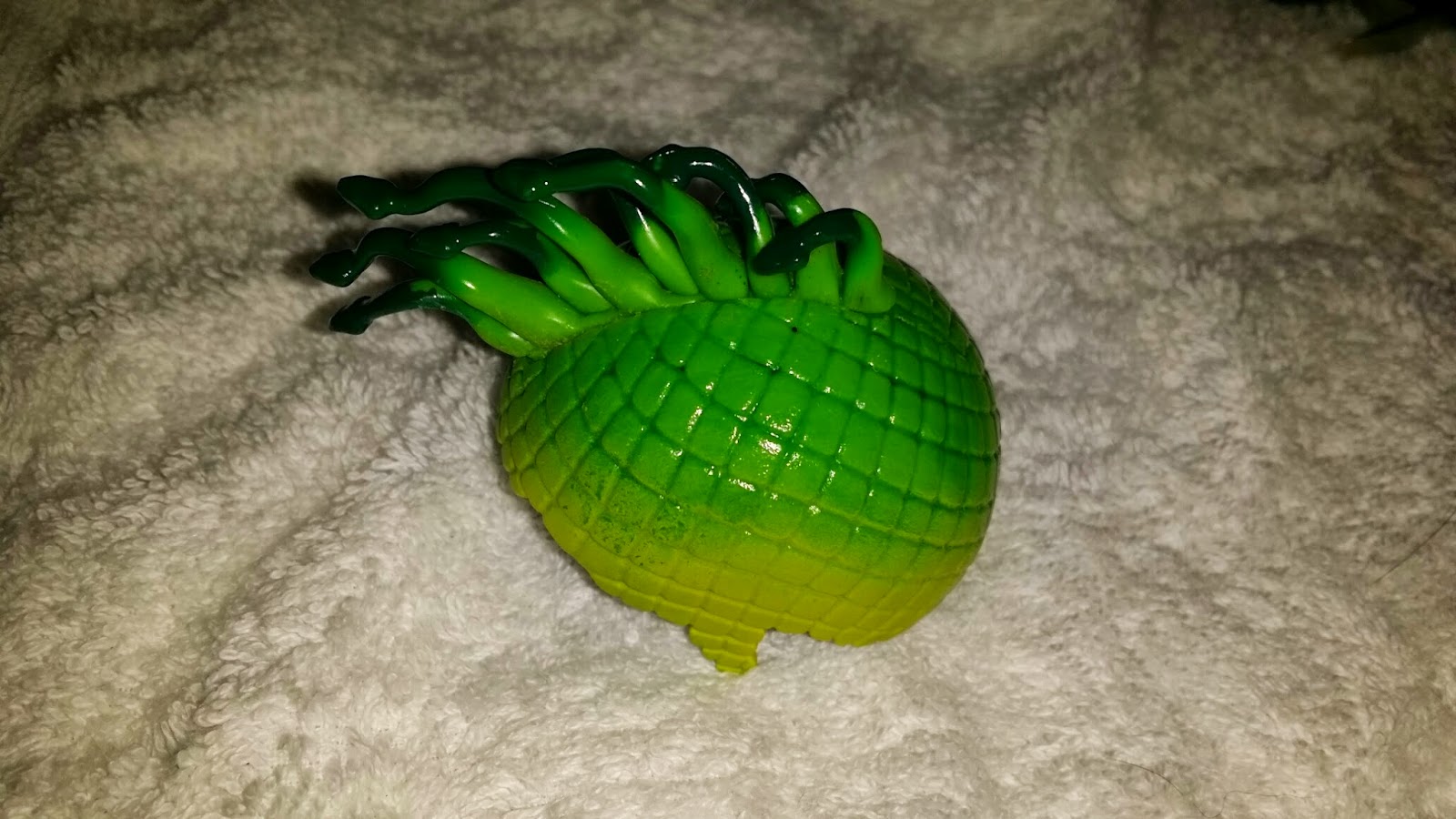 Now you just need to glue the snakes back into place and voilà! You're done.

I was able to lightly sand out any marks left by the pliers. Perfect! Now who wants to be Deuce for Halloween?!
Please  comment and let me know if this technique worked for you ^-^.﻿
Posted by Unknown at 17:49